Dr. Terrence Roberts, one of the Little Rock Nine, speaks about the importance of understanding the history of segregation and civil rights to combat racism and discrimination today.
Last Updated: April 15, 2022 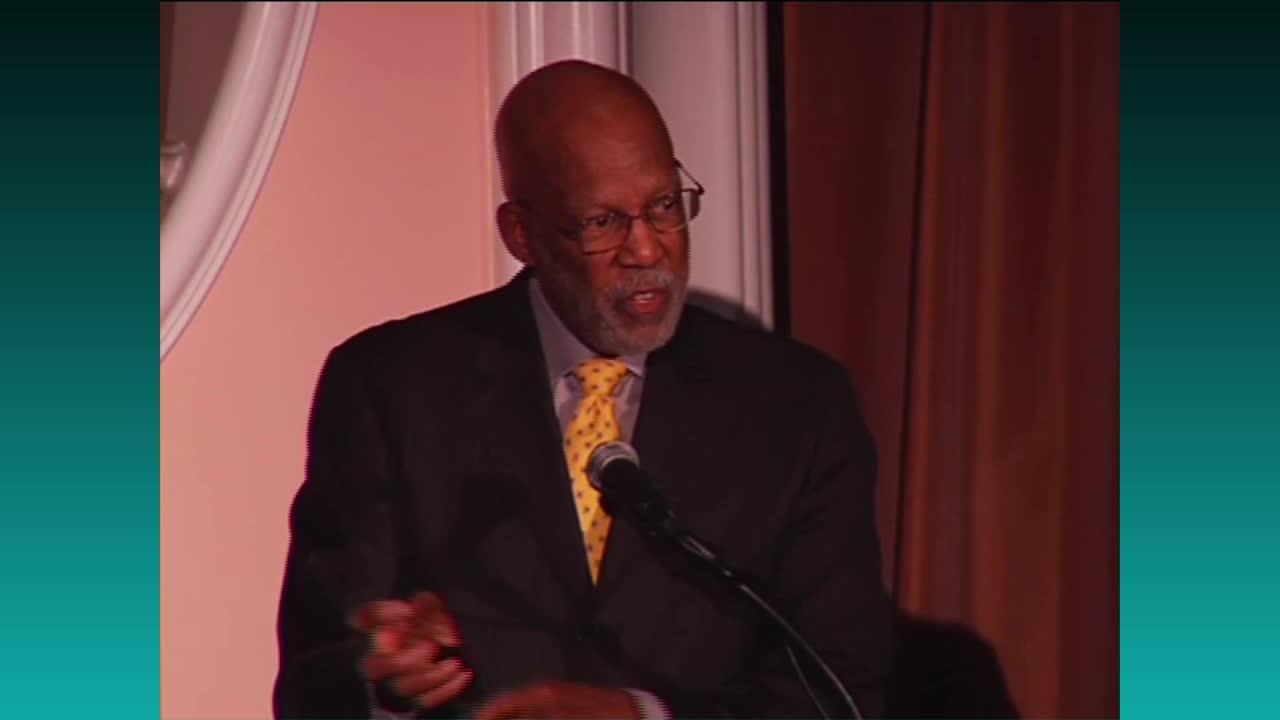 Thank you. Thank you very much indeed.

As you watch those clips about the violence in Little Rock, it still has shock value. But it is possible to understand how all of that happened. And by the way, there were more than nine of us initially. We were all volunteers, and there were about 150 of us initially. Those numbers, of course, dwindled down to nine, and obviously because the threat of death was in the air. The governor himself was making public statements about the fact that we would probably all be killed.

The Little Rock Police showed up at our door one night wanting to fingerprint all nine of us so that when our bodies were discovered, identification would be made so much easier. That was the climate. And if you think that's bad, that simply is not the most egregious example of that kind of behavior, all in the name of segregation forever.

You see, part of the reason we need to know what happened before is so that we can figure out what is going on now. In our country, for whatever reason, we decided early on to maintain walls of separation between people based on racial group membership. From 1619 to 1954, a period of 335 years, it was deemed constitutional to discriminate. 335 years.

What changed in 1954? The Supreme Court decision in Brown v. Board of Education, Topeka, Kansas. So from '54 to 2009, we have enjoyed 55 years of continued existence. Now juxtapose those two figures-- 335 on the one hand, 55 on the other. You get a sense of the gross imbalance. You also understand, without my having to explain it in any great detail, that if you do something for 335 years, you do not come to a screeching halt in 1954.

I find my task of filling in the blanks quite important now, so I'm doing voracious reading trying to figure out how this stuff all happened. Because once you have that solid understanding, your present-day decisions and your future planning will be altered significantly. Believe me. Why? Because we become the vanguard, as we move further into this 21st century, to alert those around us that we need to wake up and begin to understand how to make healthier choices as we go forth.

Little Rock was instructed to me in a number of ways, and it helped me to understand that we not only need to know who we have been and who we are, but what is possible as we move forward. Even though the steps are sometimes slow, sometimes halting, sometimes apart in time and space, yet they continue to happen.

10 Questions for the Past: The 1963 Chicago Public Schools Boycott

Current Events in Your Classroom

Explore classroom resources for making connections between current events and your curriculum, including activities and discussion strategies for high school and middle school students.
Lesson
Add to Collection

In this Mini-Lesson, students learn about the history of democratic and anti-democratic efforts in the United States and examine sources that illuminate this tension from Reconstruction through today.
More Like This Teaching Resources Learning & Events
Using the strategies from Facing History is almost like an awakening.
— Claudia Bautista, Santa Monica, Calif