Engage students in personal accounts from survivors with this collection of video testimony, survivor profiles, and a lesson plan.

Survivor testimony is a powerful way to emotionally engage students and deepen their learning. Listening, watching, or reading about the personal experiences of witnesses to history connects their heart, mind, and conscience to the history they are studying and brings it to life.

This collection introduces students to personal accounts of the Holocaust, told by survivors, rescuers, and witnesses, many of which have been selected from USC Shoah Foundation’s Visual History Archive. The accompanying lesson plan helps to prepare students to engage with survivors’ stories and supports educators to structure and guide their conversations. 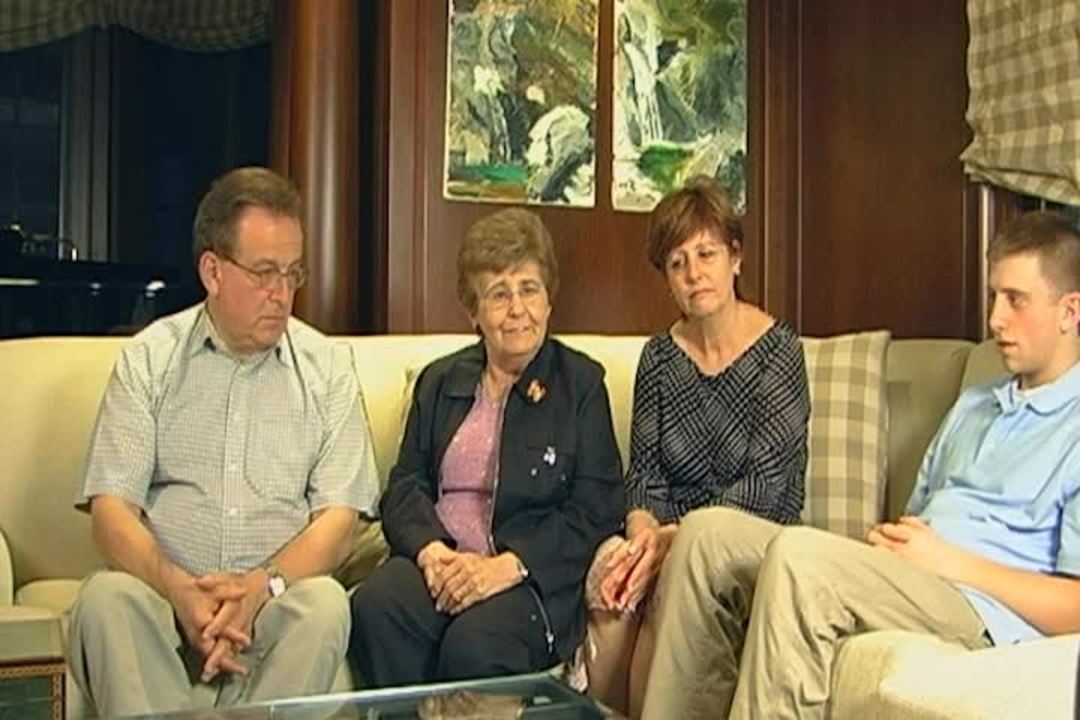 We didn't talk about it because the first thing when we came after the war, people told you, don't tell anything what happened. That's past, and that should be forgotten.

Somehow, I don't want it to be forgotten. It's the memory of my family, of my parents who perished, and I think that children, especially my family, should know about their great-grandparents. They were beautiful human beings and happy and good people and they were murdered. And so I would answer every question and tell them about it.

What my main purpose was and that I really-- that really, Facing History fulfilled that-- my needs and intentions very well-- was that I wanted to give testimony to what occurred.

I also feel it's important to speak because I hope that my story touches and inspires others to become aware of the dangers of hatred and discrimination and racism. And I hope that after people hear me, they will be able to stand up to any type of injustice that they come across.

I find that the impact we have on the students is really-- along many different ways that the student look at it. And there are students that are proud to know that they can make a difference themselves by speaking up and not allowing injustice happen.

And I think that we get-- I get as much energy from talking to the students as they get information from me. Some of the teachers-- I've been going to the same school for 27, 28 years and they become like part of my family. I'm still in touch with some teachers who have retired a long time ago. And I'm not planning on retiring yet.

That since we are witnesses to some of the most horrific murders committed against innocent people, that it was up to us to tell the truth and to make sure that we hand the torch of memory to our younger generation, because the years go by, and the number of survivors is diminishing very, very fast.

My daughter, Madeline, and my grandson and my son-in-law, who's also a child of a survivor, they feel that responsibility. They can deal with it.

Yeah. I think that it's even expected of me to share the stories and it's something that I definitely want to do and think that I should because soon, I'm going to have to be the one to pass on the stories. And I realize that, and I want to do it.

History is my favorite subject in school and I just like learning about that the most and I think that's mostly from them telling me their stories their whole-- all my life.

I do feel it's important to keep the stories alive because, unfortunately, they won't always be here, even though we want them to. But if we don't keep them-- the stories alive, we're just going to make the same mistakes in blank years.

I feel it's a responsibility now, but it doesn't feel burdensome. What I've gotten from speaking with my mom is I've seen how many people she's touched. And when we speak together, we're always very moved. When we go to leave, there's always at least a couple of kids that come up to us and they're so grateful.

It's very important for the student to listen to a survivor, to see a human being acknowledge that it really happened and I was there. And that's, again, something that worries all of us because we're not going to be there all the time.

You are now-- having heard me, you are now the next generation. I'll be gone shortly soon, anyway. But you have to carry the message over, you have heard it, you can relate it. And I think that is the-- Facing History, does a wonderful and important-- it fills an important role for that.

It makes me feel very good that I make a difference.

Holocaust survivors and their families talk about the importance of survivor testimony.

This collection is designed to be flexible. You can use all of the resources or choose a selection best suited to your classroom. It includes:

A Note to Teachers

Many teachers want their students to practice emotional engagement with the history of the Holocaust and therefore teach this history with the goal of fostering empathy. However, the resources in this collection, like any examination of the Holocaust, include historical descriptions and firsthand accounts that some students may find disturbing and need to be taught with intention and care. We recommend that you consider the following suggestions as you plan and implement your curriculum.

Teachers know their students best. It is important that you take the time to preview resources before you share them with your students to make sure they are appropriate for the intellectual and emotional needs of your students. Let students know in advance when they are about to encounter material that some may find upsetting.

Review your class contract with students before sharing any resources in this collection. This will help reinforce the norms you have established and reestablish the idea of the classroom as a brave and reflective space for students to voice concerns, questions, or emotions that may arise.

Be prepared for a variety of responses from students. Students often react to the Holocaust with sadness, anger, or frustration, yet it is also the case that many students do not have an immediate public response to learning about the Holocaust. Many teachers have been surprised by some students’ lack of emotion during a lesson on the Holocaust. Experience has taught us that it can take time before students are able and ready to make sense of this material. In the meantime, many students report that their journals provide a safe space where they can begin to process their emotions and ideas. Therefore, we recommend that students have frequent opportunities to write in their journals.

Placing these testimonies in a larger context can be crucial to students’ understanding of these first hand accounts. To provide your students with more information about the time and places in which the Holocaust occurred, have them read appropriate context for the survivors’ stories that you plan share. You can find this context in our book Holocaust and Human Behavior.

Many of the stories shared by survivors and witnesses make references to places that may be new to students. Some students may find it beneficial to have a visual of the places the survivor describes including a map or other images. In some instances, it may be helpful for students to gain a visual understanding of the location and number of Nazi-organized ghettos and concentration and death camps. You can find the map that provides this information in the Facing History reading Establishing the Killing Centers.

The videos in this collection may include vocabulary terms such as ghettos, concentration camps, and killing centers. If that is the case, we recommend that you post simple definitions of each of these words in the room to help students understand and distinguish between them:

The reality of the Nazi ghetto and camp system is quite complex, as the Nazis operated more than 40,000 ghettos and camps that served a variety of purposes and varied in size and operation. But for the videos in our collection, these three definitions should suffice.

Use this lesson plan to help students engage with survivor video testimony in a supportive and reflective classroom environment.
Lesson
Add to Collection

Students watch video testimony from a Holocaust survivor and engage in purposeful reflection about the survivor’s important story.

Interested in hosting a witness-to-history guest speaker in your classroom? Review the resources below to learn about next steps and important considerations.
Guide
Add to Collection

This checklist provides guidance for thoughtfully hosting a witness-to-history guest speaker in your classroom.
Guide
Add to Collection

To request a speaker for your classroom, please complete our speaker request form. This service is available for teachers who have attended our seminars and are part of our Facing History network.

Learn more about the lives of four Holocaust survivors through photos and videos.
Survivor Story
Add to Collection

Sonia Schreiber Weitz, a Holocaust survivor, is an author who wrote a poetic memoir about her experiences during the Holocaust.
Survivor Story
Add to Collection

Rena Finder, a Schindler's list survivor, is committed to sharing her story in the hope of keeping the lessons of the Holocaust alive.
Survivor Story
Add to Collection

Rena Laurie, a Holocaust survivor, has shared her journey of courage and healing in a  multi-genreational memoir co-written with her daughter.

Deepen your understanding of this topic with these additional resources from Facing History and Ourselves.
Reading
Add to Collection

Reflect on the challenges that face survivors of the Holocaust in living with their memories and in sharing their stories.
Guide
Add to Collection

Memory and Legacy: Preparing to Learn from Descendants of Holocaust Survivors

In this classroom video, explore how framing a lesson around the importance of memory using classroom discussion and journaling can prepare students to learn from survivors of the Holocaust and their descendants. 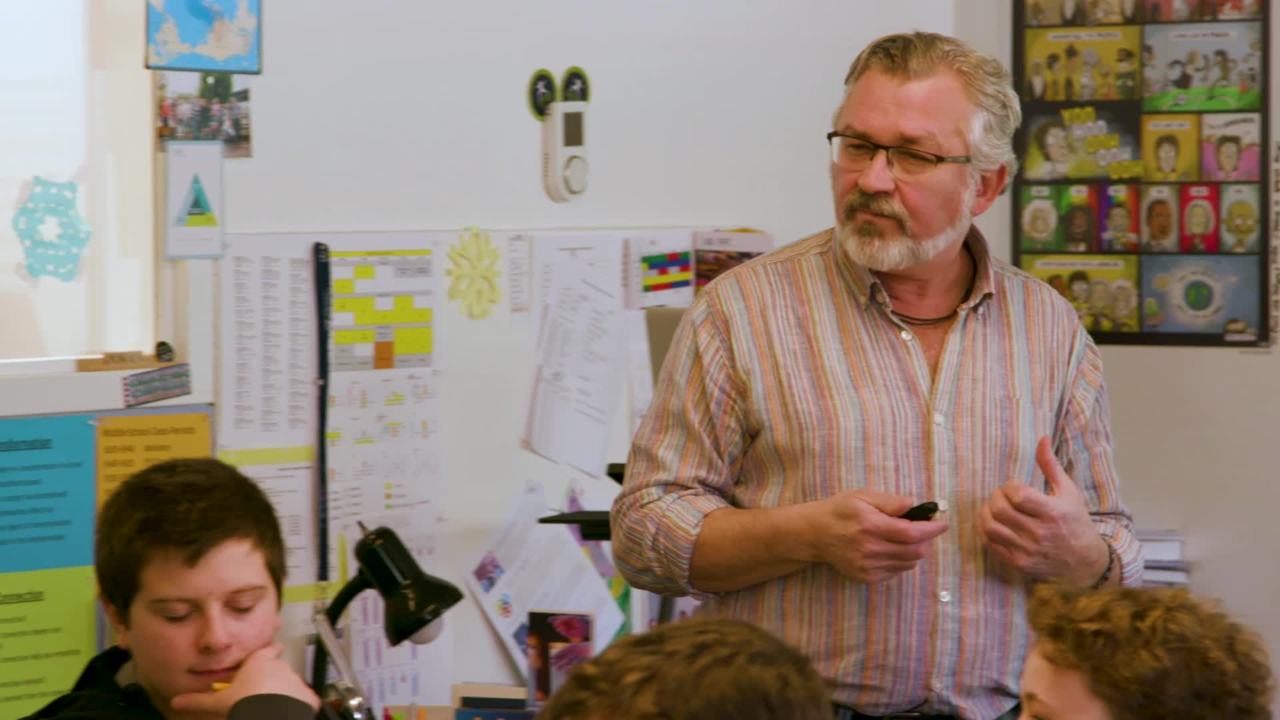 Resources from Other Organizations

Virtual
Explore approaches to centering student voice, building authentic relationships and cultivating community with Molly Josephs, the creator of This Teenage Life, a youth-driven, story-sharing podcast that started as a school club.
More Like This View Upcoming Events View On-Demand Events
Most teachers are willing to tackle the difficult topics, but we need the tools.
— Gabriela Calderon-Espinal, Bay Shore, NY